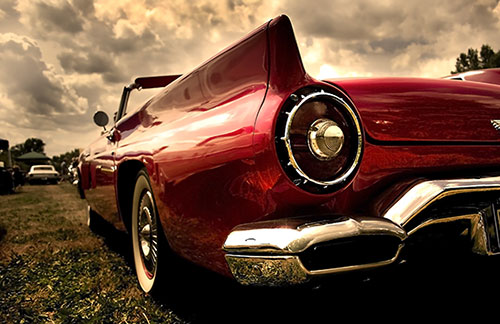 Vintage car or classic car, can you tell the difference? They sound as if they could be describing the same vehicle. The differences can be hard to distinguish. Especially since these periods happened back to back. Let’s take a look at the eras these cars were created.

Before the vintage era, cars were for the elite. Only those from the more prominent families were available to afford them. This era also changed the look and practicality of vehicles. The vintage era took cars from horseless carriages to something more comfortable. Instead of having opening these cars had closed-bodies. Now the wind and rain wouldn’t be able to disturb those traveling safely inside. The engines also made a massive leap in this era.

With all the significant changes in cars during the vintage era, they gained more popularity. With the better engines making them more efficient, more people were taking the plunge to buy. With the increase in car owners, businesses began to take advantage. During this time, drive-ins took off. Whether it was drive-in food or movies, they began to pop up everywhere.

Just like the vintage era, the classic era has been a little hard to nail down. Between the years of 1925 and 1948 are when the classic cars were created. Others believe that a classic car is a car 25 years or older.

The cars built in the classic era were the start of the sleek designs. Convenience was the problem of the last era. This period was all about impressing with their new body styles. Another interesting fact is that they did not mass produce when the new styles of cars were coming out. Fewer cars on the lot make them in higher demand now. Toward the end of the classic era, they made some cheaper small cars to cater to the needs of those with a tighter income.

Vintage cars or classic cars neither have the safety that is needed today. The vintage era made cars safer by closing them in, but that’s not enough. The classic era improved the mechanics of vehicles. Neither era added safety belts or any time of airbag. The bodies of these cars were not made to take a beating. If you are thinking about restoring a car from either period, you will want to pay attention to all the safety features you need to add.

Take a closer look when checking out the next car show. Will you be able to spot the differences?