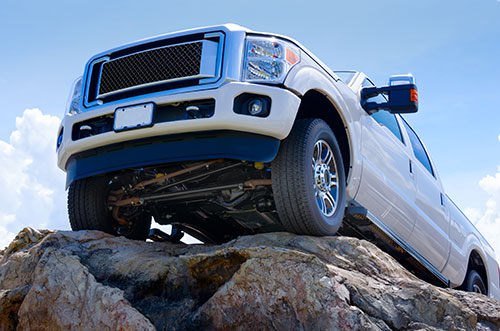 A little over halfway through the year one vehicle has already sold over 214,000 units. It’s not the cheapest vehicle. It’s not the smallest vehicle. It isn’t one of a kind. The Ford F-Series is the top-selling vehicle as of right now. With its numbers still climbing and the runner up at 120,00 units sold. It’s hard to say if another will surpass it.

When it comes to trucks, most are dedicated to one brand. There appear to be many die-hard Ford fans for it to continue to be the top seller. Ford has many features that people are loving and can’t seem to find in other trucks. There are seven different models to choose from, each one better than the next. With all these options, you are bound to find one that meets all of your criteria.

When in the market for a truck, the engine is one of the first things you will be checking. Car and Driver report the Ford F-Series has, “Excellent engine selection, class-leading capability, and innovative high-tech features.” Mechanically this truck is very impressive. The interior does not disappoint either. It has many upgrades to the appearance that you can take advantage of to make it as luxurious as you want. Its lightweight body is supposed to improve the fuel economy.

The Ford F-Series has an aluminum body. Having an aluminum makes the truck lightweight, but when the body needs to be repaired, it can cost more than other materials. Consumer Guide Automotive believes that the ride quality is not as good as its competitors and that there are some visibility issues while driving. While they have the turbo engines, they don’t seem to be helping the fuel economy as much as they had wanted.

In competition with the Ford F-150 are; the GMC Sierra 1500, the Chevrolet Silverado 1500, and the Dodge Ram 1500. The Ram 1500 was the second highest selling vehicle so far, this year. On the interior, one huge difference to be found is that the Fords are still selling single cab options. Dodge only makes extended and crew cabs. Under the hood, the Dodge does have a little more power when compared to the Ford. The deal breaker for most is that the Ford starting price for its basic model is lower than the basic model for Dodge. Mostly because of the single cab option that is available in the Fords that the Dodges do not make.

Price is a leading factor when buying a new vehicle. The basic model, the XL, is the most affordable starting at $29,200. On the other end of the spectrum is the Limited Edition, which starts at $62,855. In the middle of these two are four different models.

The most popular truck on the market has a lot going for it. Don’t forget to check the others on the lot before driving off in your new Ford.