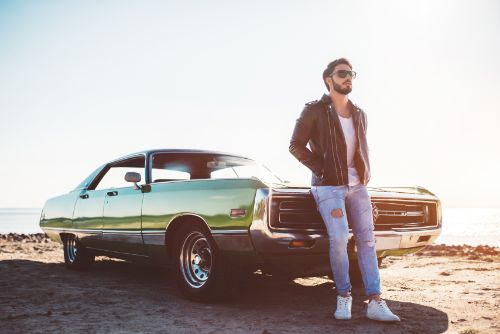 As an adult, chances are you spend a significant amount of time in your vehicle. While you may not give your car (or any) much thought, here are some fun and interesting facts you can think about next time you’re behind the wheel.

There’s actually some debate as to whether or not the first speeding ticket in the U.S was given in 1899 or 1904. There was a taxi-cab driver in 1899 named Jacob German who worked for the Electric Vehicle Company in New York City. At the time, there was a speed limit of 8 mph while driving straight and 4 mph while turning a corner. German was chased down by a police officer on a bike for driving a scandalous 12 mph. The officer reportedly arrested him and put him in jail, but it is unclear whether or not German actually received a citation. Hence the debate of whether this instance counts as the first ticket.

The first physical ticket on record in the United States went to Harry Myers in 1904. He lived in Dayton Ohio and was also traveling 12 miles per hour.

The moon is 238,900 miles from Earth. There’s no doubt that it’s a significant distance; however, this fact might make it seem less overwhelming. If you were driving in a car, going 60 mph, you would reach the moon in less than a month. Does the distance now seem less intimidating? More importantly, could you imagine driving to the moon? You’d definitely see some amazing sights!

The world record for removing and replacing a car engine is 42 seconds. This astounding feat is described by Kristen McCoy in an article written for motorbiscuit.com. McCoy states, “On November 21, 1985, five Royal British Marines removed and replaced the engine of a Ford Escort in a mere 42 seconds. How did these men break the Guinness World Record? They practiced for two weeks. Whether the Ford Escort’s engine is the easiest engine to remove and replace out of all cars is still up for debate.”

What do you consider to be a high number in terms of mileage? 100,000 miles? 200,000? Shockingly, the highest total mileage recorded from a single car was 2,850,000. That number equates to driving around the world one hundred times. Next time you’re car shopping, a couple hundred thousand miles might not seem like so much.

No, you’re not reading that incorrectly. There are cars that can reach speeds high enough to drive upside down in a tunnel. Formula 1 cars that reach speeds of 120 mph can accomplish this seemingly impossible task. The science behind it states that because of aerodynamic downforce, these cars can develop 3.5G. That equates to 3.5 times the car’s own weight and it’s also what makes topsy-turvy driving possible.

Take some time to learn more about your mode of transportation. There are lots of interesting facts to be discovered!